Aquarius najas is a large water skater found on rivers, larger streams and lakes. It appears to require flowing water, or at least water movement as occurs at the edge of lakes. The bug overwinters as an adult and mates in May, the male riding on the back of the larger female for several days or even weeks, feeding on her prey, copulating several times and submerging with the female when she lays eggs beneath the water surface (Andersen 1982). Development from egg to adult takes approximately seven to eight weeks and there is one generation per year. 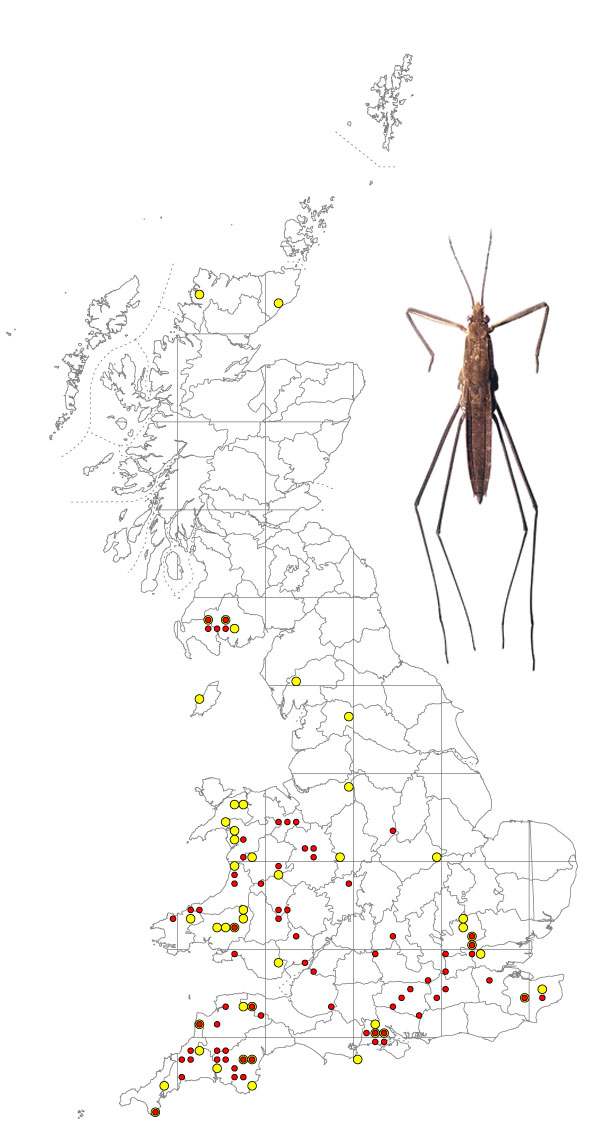 The map is based on records from NBN Gateway (but see notes), with yellow dots showing pre 1990 records, reds dots 1990 – 2015 records and red on yellow dots overlapping records. A. najas has a southern and western distribution in England, occurs widely in Wales and very locally in southern Scotland. There are a few records for Ireland (3 in the north and 4 in the south since 1990)

Abdominal spines in A. najas