Gerris argentatus occurs in ponds ditches, small pools and sometimes the edges of lakes, usually in situations where there is plenty of emergent vegetation and sometimes brackish conditions. It is one of the scarcer water skaters, although not rare. Overwintered adults appear in late March or early April and give rise to a new generation by June. A second generation becomes adult from August onwards and goes into hibernation on land bordering the aquatic habitat by November. This small gerrid is usually fully winged (macropterous), although wingless specimens are not infrequent. 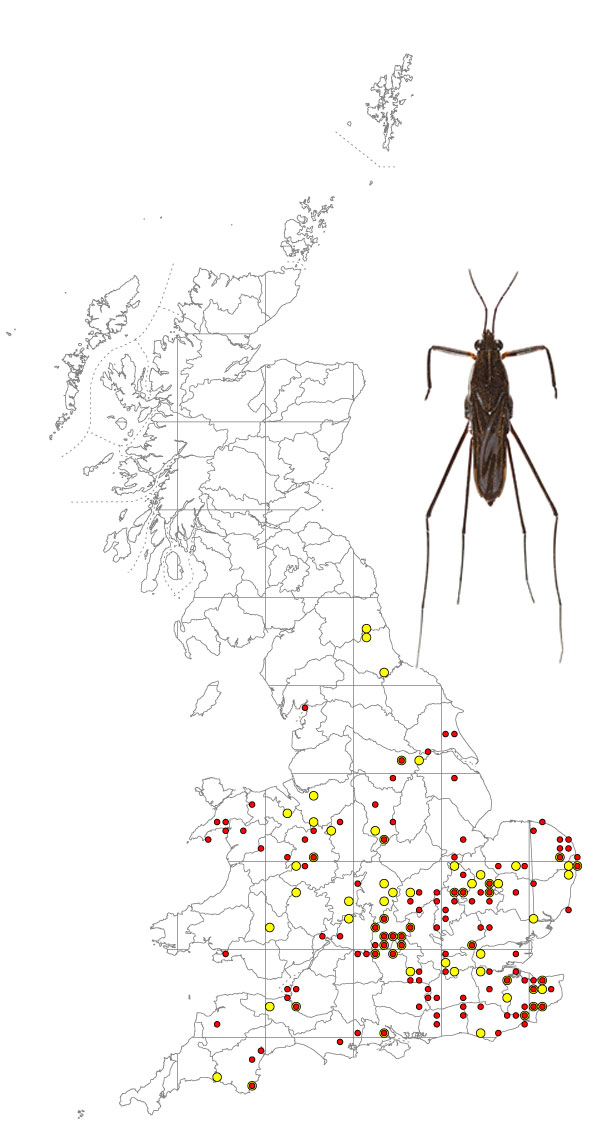 The map is based on records from NBN Gateway, with yellow dots showing pre 1990 records, reds dots 1990 – 2015 records and red on yellow dots overlapping records. Gerris argentatus is widespread in England although infrequent in the west and the north. It occurs in Ireland, where it is widespread in the north but scarce in the south, is occasional in Wales and absent from Scotland.

Gerris argentatus is the smallest of the British water skaters, with a length of 6.5-8.0 mm. It can be identified by size and a band of silver hairs along the hind margin of the pronotum (see below).